A delicacy characterised by quality: this cured meat contains two excellences of the region, salami and black truffle, abundant in the woods of our hills, which is added in small flakes to the mixture along with salt, spices and aromas.
When cut at an angle, you can see the small specks of truffle, an ingredient that has an unmistakable taste.

Cut of meat: produced with the noblest pork meat.

Processing: the meat mixture is ​​minced with an 8 mm plate and processed with care; black truffle is then added, after which it is stuffed, hand-tied and taken to the drying chambers and after that. the maturing chambers. Allowing this salami to mature beyond the minimum date allows the truffle to define its intense and intoxicating flavour.

Organoleptic properties: thanks to the amount of truffle added (3%), when cut, the salami has an intense aroma and the truffle is clearly visible.

Eating suggestions: a salami for true connoisseurs, who love to add something tasty and exquisite to the classic platter. 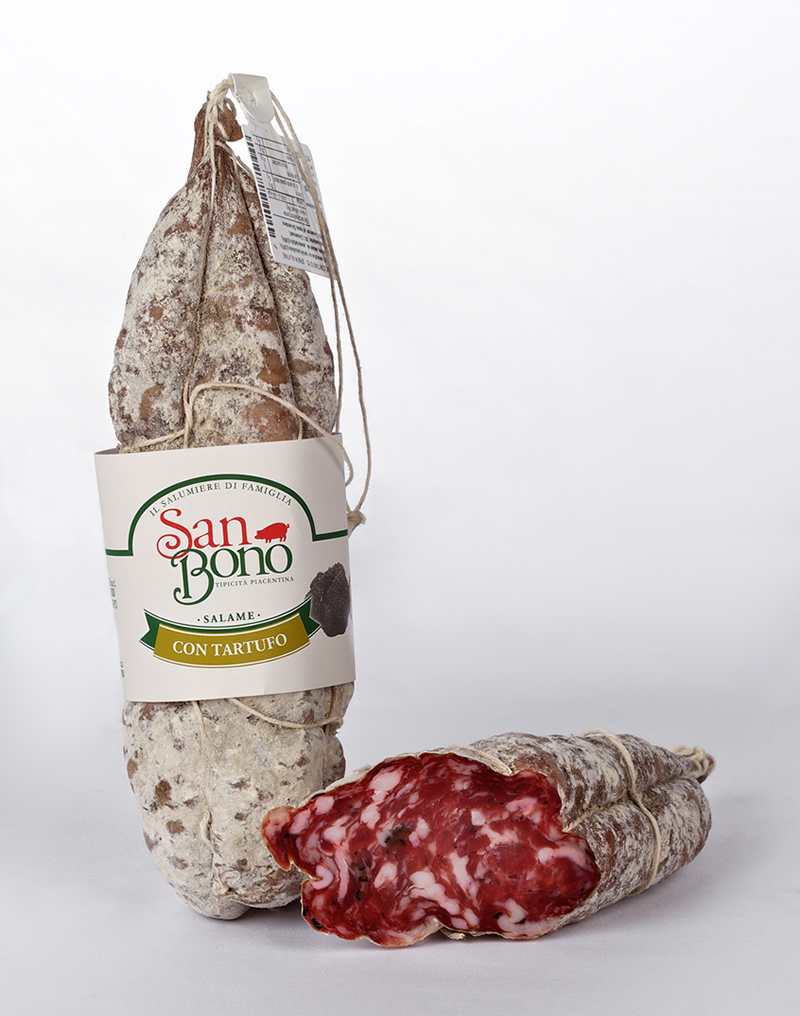