COPPA PIACENTINA DOP: did you know that…

The sweet fragrance of Pancetta from Piacenza is the result of a long-standing and refined art, whose origins go a long way back in time.

The inhabitants of the Po Valley must have already been familiar with pigs during the Bronze Age, going by the archaeological finds of pig bones, within the “terramare” areas of ​​Parma (Castione Marchesi) and Piacenza (Montata dell’Orto – Caorso and Castelnuovo Fogliani). Later, the Romans, who used pork for food a great deal, left us as evidence of the presence of pigs in the Piacenza area, a bronze pendant-amulet depicting a small pig, currently preserved in the Civic Museum of Piacenza.

From the Middle Ages, we have evidence from the mosaic floors dating back to the 12th century in the church of San Savino in Piacenza and in the abbey of San Colombano in Bobbio, where the practice of slaughtering and processing is depicted.

To have evidence of the preserved meat trade in the province of Piacenza, one has to go back to the fourteenth century, as can be seen in the old statutes of the city. The processed pork from our province was also highly appreciated by shopkeepers in Milan and Lombardy, who, to differentiate them from those of other parts of Emilia, would call them “roba de Piasenza” (goods from Piacenza).

Skill in slaughtering and meat processing gradually became a respected trade in the Piacenza area, carried out by expert butchers, called “massalein” (butchers) in local dialect. Later, in the early decades of the 1700s, cured meats from Piacenza reached the courts of France and Spain, thanks to the skilled Piacentine diplomat Cardinal Giulio Alberoni and were highly appreciated. There are numerous exchanges of correspondence between Alberoni and the new sovereign of Spain, Elisabetta Farnese, in which the queen would ask Alberoni for supplies of cured meats from Piacenza, which she was particularly fond of.

In the early 1900s, processing took on a semi-industrial character, and even today, despite the advances in technology, companies continue to produce using traditional methods, according to customs handed down from generation to generation. 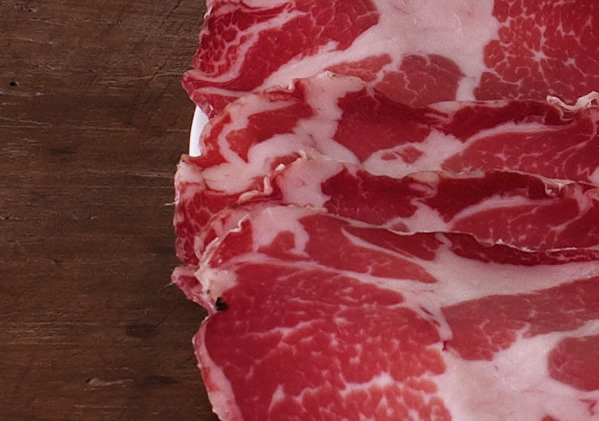 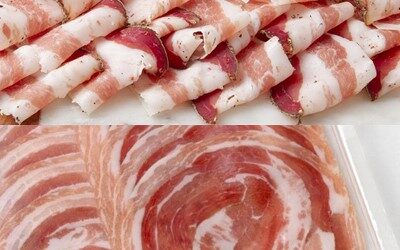 Pancetta and Guanciale: do you get them mixed up?

There is often some confusion between pancetta (bacon) and guanciale (pig’s cheek) especially when it comes to using them for the preparation of typical dishes such as carbonara or amatriciana. But why not get to know them a little? They have one thing in common, both...